Ornamental grasses add variety to many types of gardens, including water, Japanese, rock, wildlife, craft, Xeriscape, container and others. Ornamental grasses add two elements to the garden experience that are not readily obtained from many other plants: movement and sound. Grasses look attractive against a dark background and placed to catch morning or evening light.

Before planting you should understand the growth habit of the grass. Grasses can be either clump forming or rhizome forming. The latter is often called "running" grass. The clump forming grasses will grow in very nice, neat mounds or clumps. They tend to mix very well with other perennials and will not become invasive. They will increase in girth slowly over time. The rhizome forming grasses spread by underground stems and can be moderately aggressive to very aggressive. These grasses have their place, but it may not be in a well-tended perennial border since they can soon take over the area. Before selecting a grass, be sure to understand how it grows so you find the grass most suited to your landscape needs.

Ornamental grasses can be planted at various times of the year. They are best planted, however, in the early part of spring when they can establish properly prior to the heat of summer. Since our plants are all container grown, they are more forgiving of summer and fall planting than bare-root plants. Planting times will, of course, vary by climate. Here are a few tips for various planting times.

Summer Planting
Container grown plants, such as those shipped by Santa Rosa Gardens, are usually ok to plant during summer months. The gardener must be aware, however, of potential drought and excess heat which will require supplemental watering for the ornamental grasses. Constant moisture may be required during excessively hot periods. Trim back the soft top third of foliage when planting in the hot summer months. The first few weeks are critical to planting summer grasses. Check them daily for the first several weeks. If the soil at the base is dry, water them. One long, dry day can kill grasses at this time of year.

Fall Planting
Many grasses benefit from being planted in the fall. The early start will pay off the following spring, as the roots have become established prior to the first big push of growth. Be cautious of early frost and aware of the temperatures in your local climate. We suggest planting 4 weeks prior to the risk of first frost. This allows the ornamental grasses enough time to establish before dormancy. Cool-season ornamental grasses will benefit most from fall plantings and enjoy the early start. Do not let plants dry out during late fall. Dry plants are more susceptible to cold weather damage. During late fall months as temperatures sometimes yo-yo, be ready to provide protection to young ornamental grasses. Straw, mulch, cloth covering, and plastic sheeting all can be used to give the grasses protection from cold.

Winter Planting
We do not recommend planting during freeze months. If you live, however, in an area that is tropical or safe from frost, year-round planting may be an option. There are, in fact, some ornamental grasses that are able to grow year-round without a period of dormancy. Often times, trimming back ornamental grasses periodically can give them a short period of sleep that mimics dormancy. Gardeners in tropical climates will need to experiment with ornamental grasses to see which offer the greater longevity. Our experience with perennials in general is that they can be grown in areas of little cold, but may not have the longevity of perennials that receive complete dormancy and vernalization each winter. 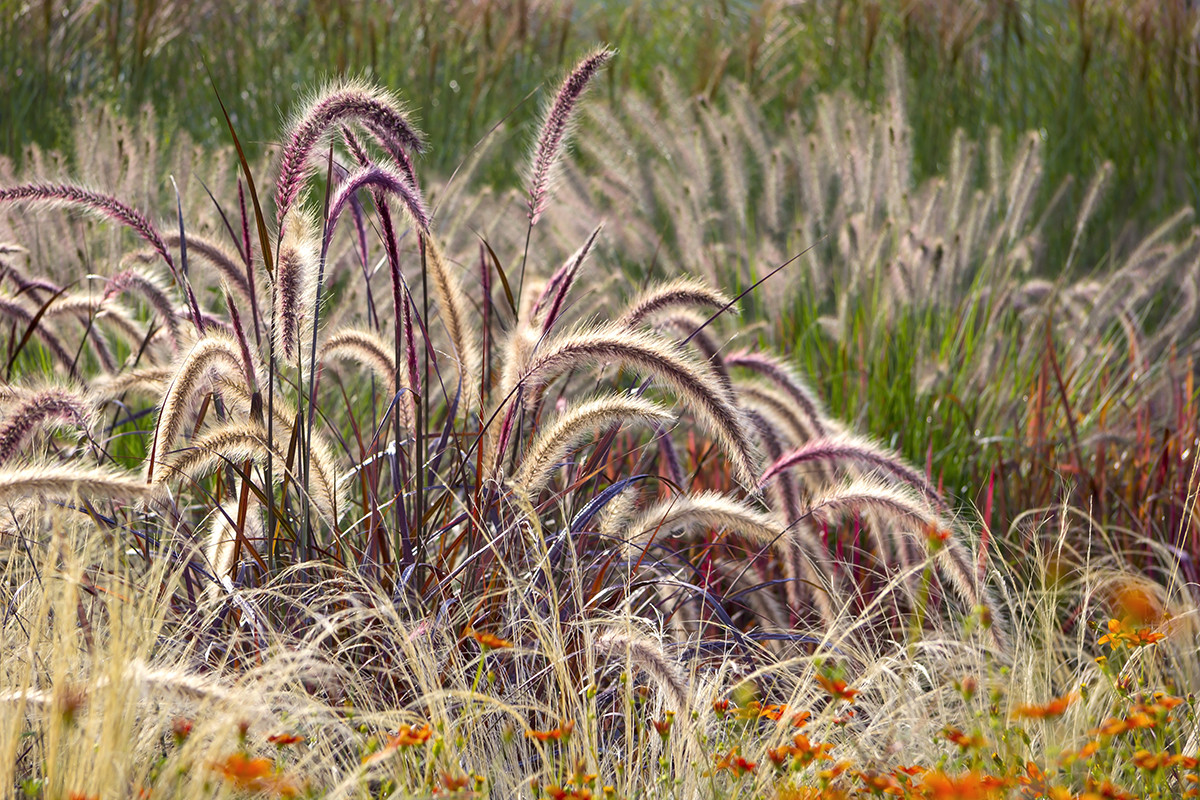